I have been making  nests now since about 2012  but in the last year I have tried to expand the size to include nests of larger birds and this winter of 2020/2021 I made a few really large nests over one meter wide of a size that an eagle might make. The aim has not been to make copies of the nests of various species of birds but rather to make nest-like objects which prompt the feeling that we are looking at a bird's nest and thus evoke some of the feelings of joy and wonder which might accompany the finding of nests in the wild. The nests have an artlessness to them as I do not want it to be obvious that they have been made by a person.  I have now built up a sizeable collection of  about 80 nests which celebrates the lives of birds and also explores what it it means to be “at home in the world” and I would hope to exhibit them in the next year or two.

The nests vary greatly in size. The smallest is 8 cm in diameter and, as already mentioned, the largest, “ tribute to the eagle” is 1250 mm wide. Material ranges from dried grass for the smallest nests to old heather stems for the largest nests and includes twigs of birch, larch, ash, willow(with and without catkins),contorted hazel, heather, lichened larch, ivy, bog myrtle and dog-wood.

This nest making was prompted by a number of things.  One was my belief that many of us have lost our natural sense of what it means to be at home here in this world. We have lost the feeling that we are too are part of nature. The lack of this feeling of belonging may explain our failure to properly address the ecological problems we face as a species. I wanted to make objects that might, in some vague way, rekindle our connection with the world of twigs and stones and remind us of the joyful surprise we might feel when we encounter nature's abundance. Rachel Carson remarked that the greatest gift we can give a child is the gift of “a sense of wonder” and hoped it would be “so indestructible that it would last throughout life”. In the essay Mossbawn Seamus Heaney remarks. “All children want to crouch into their secret nests....I spent time in the throat of an old willow tree...once you squeezed through it you were at the heart of a different life.” But many of us loose this childlike capacity to see the world with wondrous eyes.

The project also seeks to highlight the shocking collapse in bird numbers over the last 20 years and the general loss of bio-diversity that has helped to cause this decline, especially the loss of habitat and the decline of insect life. Our attitude to insects often seems to revolve around how to kill them rather than celebrating them. It is easy to forget how essential insects are for pollination and for helping the process of decomposition. Some of the other ideas which prompted this project are explored in short essays, the first of which, “Making nests 1” is included here. 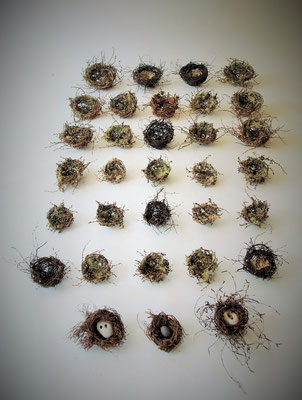 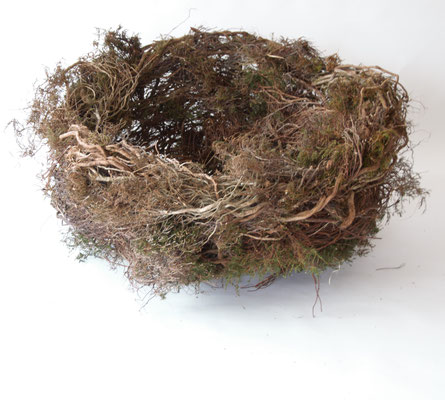 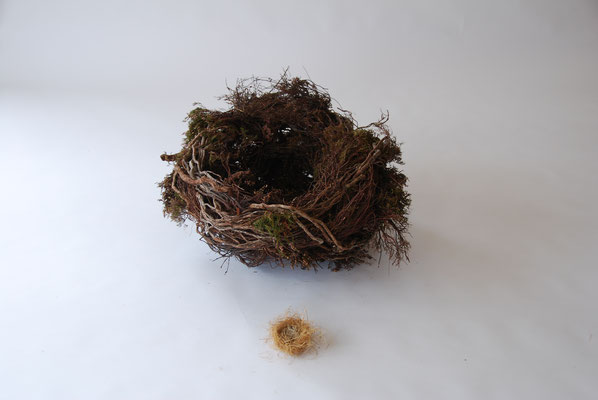 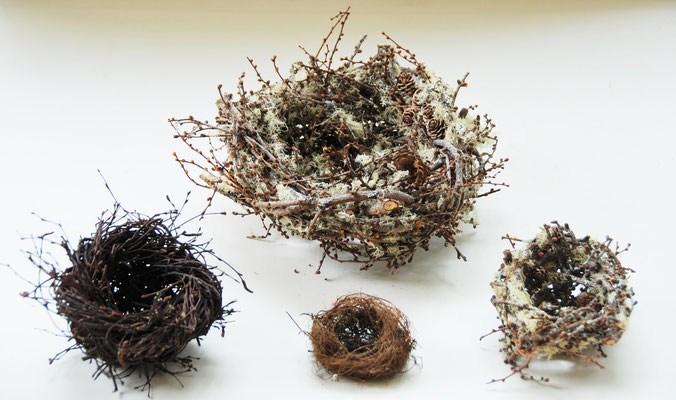 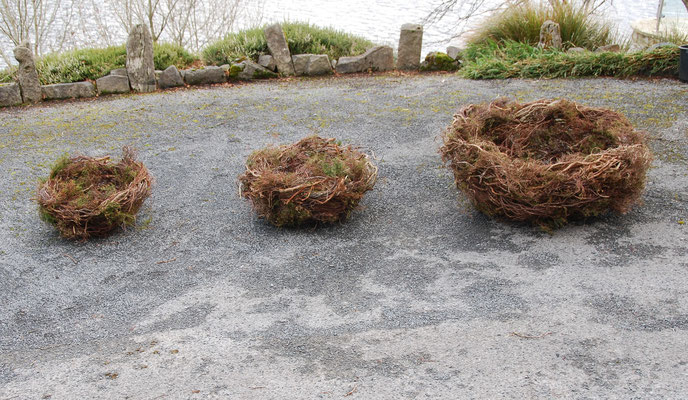 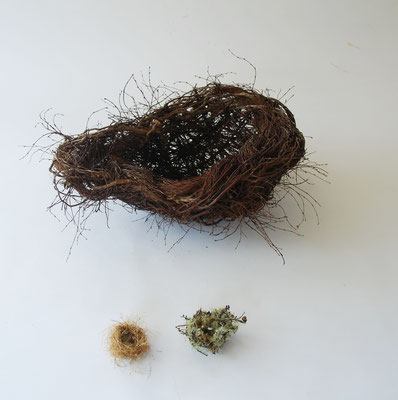 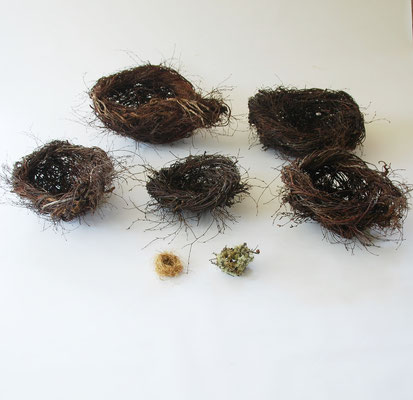 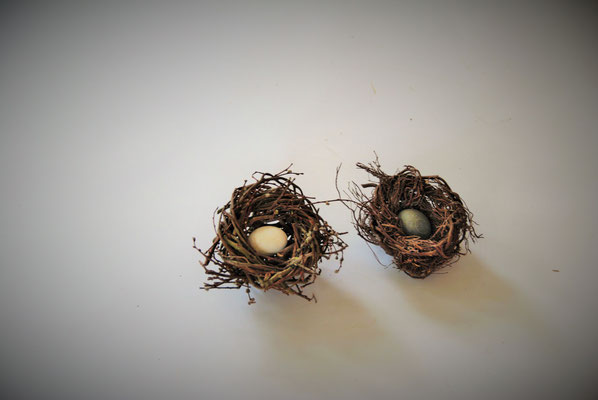 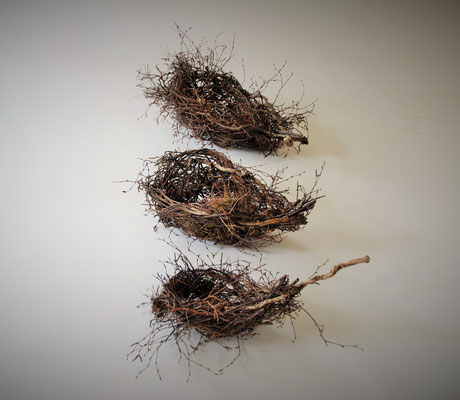 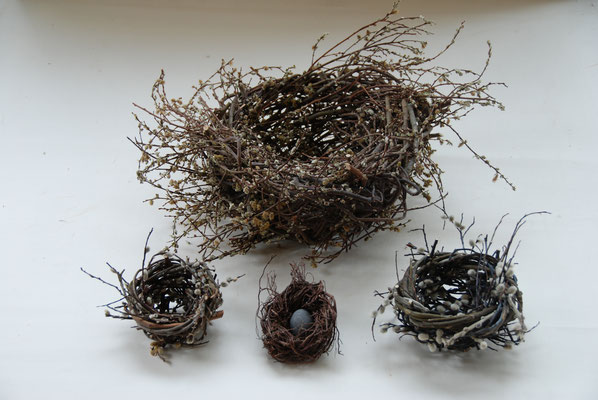 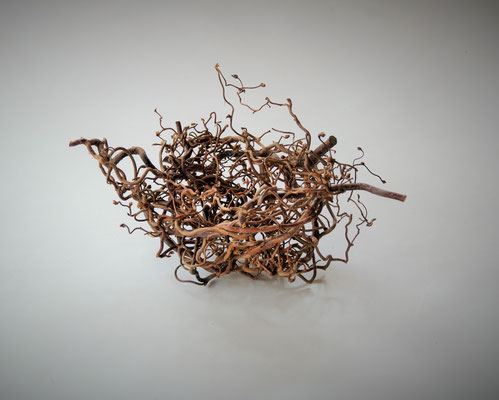 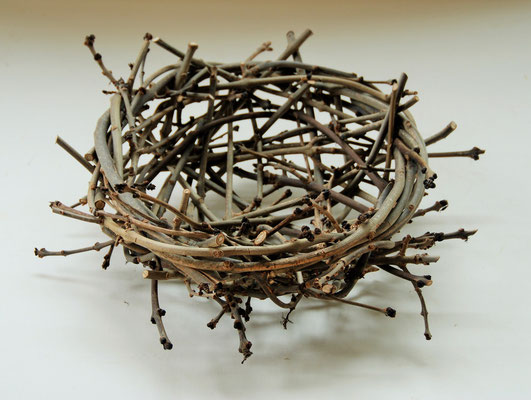 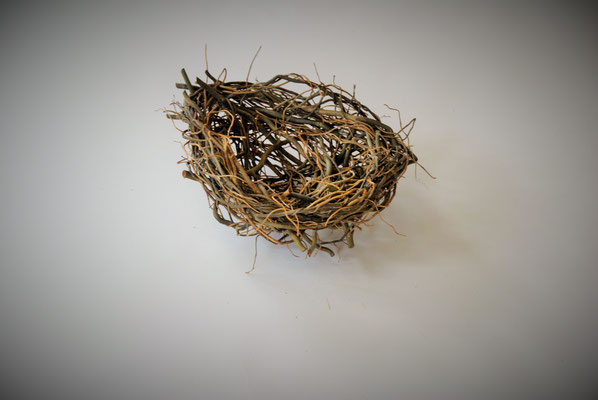 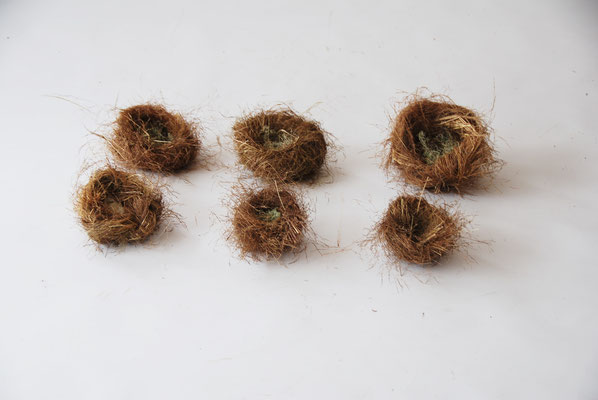 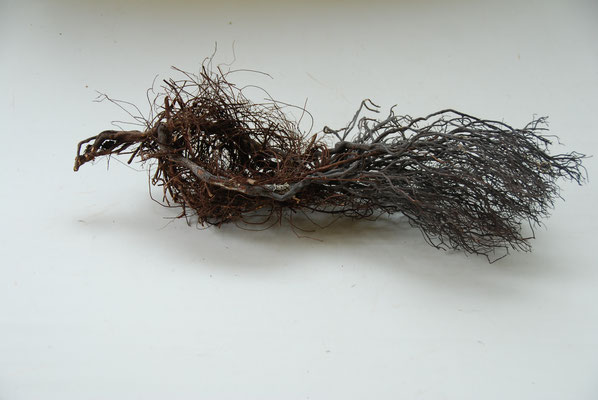 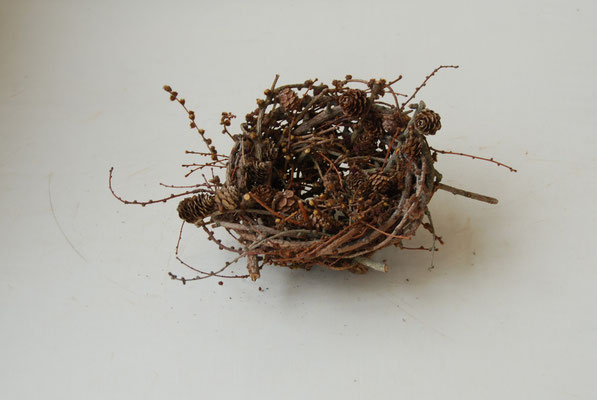 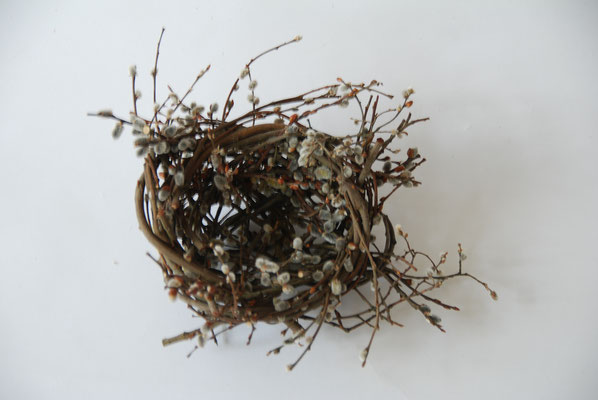 About sixty year ago Mao Tse Tung had what he thought was a flash of insight. If the sparrows could be prevented from eating grain then there would be more left for the people to eat. And so began a period of persecution for the sparrows. The level of obedience in China at the time was so great that most of the population joined in the campaign. They used drums to prevent sparrows from landing. As soon as a sparrow stopped to rest they were hunted away and many of them simply died of exhaustion. Millions of sparrows died and they became close to extinction in China.. Did this lead to more grain for the people ? Not exactly. Instead there was a plague of locusts the following year. The locusts had lost their main predator. Grain production collapsed over the next two years and there was a huge famine. Official figures put the death toll of that famine at 17 million people but it is estimated by most experts that the death toll was at least 45 million people. Moreover in order to eradicate the locusts poisonous chemicals were used with the result that many beneficial insects were killed. Some crops had to be hand pollinated.

This story illustrates the inter-connectedness of all living things, the discipline now known as ecology. Long before ecology was ever heard of Chief Seattle spoke about the “great web” and how important it was that we understand that “we did not make the great web, we are merely a strand in it”.

The UN has recently warned of a catastrophic loss of bio -diversity with the loss of insect populations being particularly marked. It is very easy to overlook the importance of insects, their role in pollination, in breaking down all natural materials back into the soil and of course as food for birds. There has also been a dramatic decrease in the number of birds over the skies of Europe and north America over the last 30 years.

And so this project is for me a way to explore and educate myself about bio- diversity loss. But this is only one of the strands woven into it. It is also a way to explore what it means to be at home in the world. One of the seed ideas that started this project was an image from Mary Oliver's poem, Wild Geese where she talks about the world “offering itself to our imagination”, calling to us like the wild geese, reminding each one of us of our place in the “ family of things”.

Other images fed this desire to make nests such as Wendell Berry's “the peace of wild things” and Yeat's lines (even though not about a bird's nest) that “the mountain grass does not forget where the mountain hare has lain”. Inspiration also came from the wonderful imagery of birds that runs through Eamon Grennan's poems.

But of course it also comes back to making . To exploring materials, what they will or will not do. The materials suggest possibilities, other ideas arise. With these nests I am trying to make things that do not show the way they are made – that seem almost artless. Past experience using heather to make lobster pots helps and leads to other materials, birch, larch, lichen.

Ideas arise again. What is it to be at home? What is it like to be homeless? A cardboard box and a sleeping bag as a human nest. Another type of homelessness is to be cast out from your own place in the world , a migrant in a world obsessed with borders. Amongst the graffiti in the “jungle” near Calais, a phrase, “we borrow the hearts of the migratory birds who do not trouble themselves with borders.” What chance that we could learn from the birds and realise the connections that bind us?